The Queensland Government delivered their 2021-22 State Budget on 15 June 2021. While there were no surprises, there are some highlights for the building and construction industry, including capital expenditure.

Builders have welcomed the solid capital works spend outlined in today’s 2021-22 State Budget – but the threat of additional red tape and the continued lack of a visible pipeline of work has left the industry hungry for more.

With over 230,000 Queenslanders employed in building and construction, the industry continues to keep the cogs of the economy turning, generating $28 billion for the state’s coffers – close to one tenth of the total.

The industry is continuing to deal with labour and materials shortages and cost hikes resulting from welcome but unprecedented demand driven by government stimulus, such as HomeBuilder and the Regional Home Building boost, ultra-low interest rates and strong interstate migration, leaving the residential housing sector in disarray.

Highlights for building and construction

$52 billion has been allocated over the next four years for the government’s capital program. This is down from the $56 billion promised in last year’s budget.

For 2021-22 this means $14.7 billion has been allocated, which is about on par with the current financial year.

We’ve been calling on the State Government to increase capital spending to reach the 25-year average as a proportion of gross state product (GSP). They continue to fall just short of this goal. 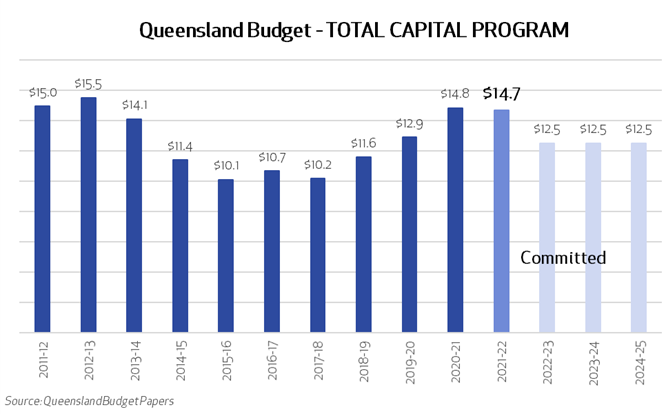 Also important for the construction industry is how much of the total spend is allocated to new public sector buildings.

While there will be significant spend on new hospitals, housing and schools; transport continues to attract the lion share of capital spending – half the total capital allocation at $6.4 billion. 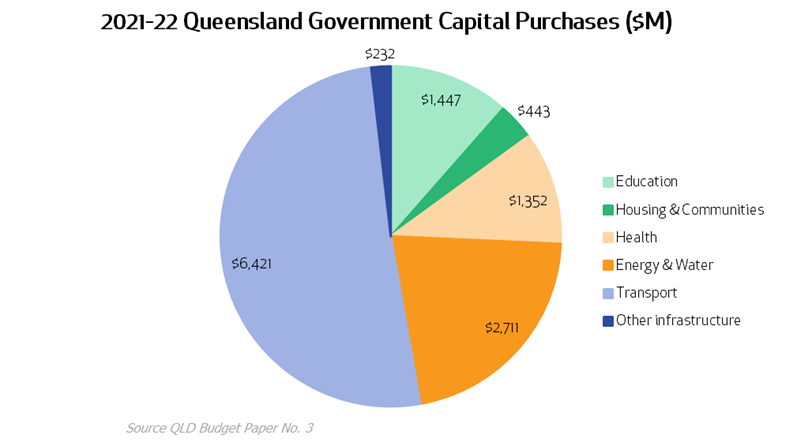 The proportion of spending that is allocated to the regions has increased this year, moving up to 39 per cent of the total allocation. 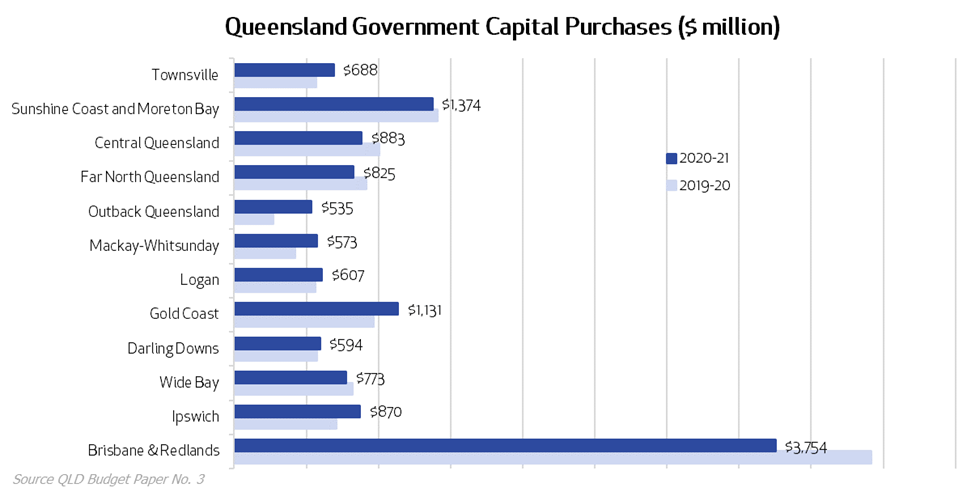