WORSENING unemployment rates in parts of regional Queensland confirm the need to bring back the boost to the First Home Owners’ Grant.

It comes as newly released labour force figures by the Australian Bureau of Statistics shows employment rates in parts of regional Queensland – Toowoomba, Darling Downs/Maranoa and Central Queensland – have taken a tumble in the past 12 months.

Master Builders Deputy CEO, Paul Bidwell said the boost provided a shot in the arm for regional Queensland and feared areas already struggling, including Toowoomba, the Darling Downs/Maranoa and Central Queensland, would struggle even more.

“While the employment rates in Cairns, Mackay, Townsville and Wide Bay have improved over the past 12 months, we’re concerned at the recent falls in the total number of people employed in Mackay and Cairns,” Mr Bidwell said..

“The boost to the First Home Owners’ Grant was a vital tool for first home buyers to get a foot in the door of the housing market. Many regional builders confirmed the boost was an essential part of their business model.

“In fact, one Rockhampton-based builder claims that taking the boost away will make staff cuts “unavoidable”, with work generated by the Grant making up about 40-50 per cent of their turnover.

“We believe re-introducing the boost will generate more than 2,000 jobs in the regions.

“If you split this across Queensland, you’re looking at an additional 400+ jobs each in regions like Far North Queensland, Wide Bay Burnett, and Toowoomba and the Darling Downs.

“That’s why we’re actively urging Government to bring back the $5,000 boost. They’ve got the money to spend and we think it should be invested back into the regions, to lend a helping hand to those who need it most at the moment.” 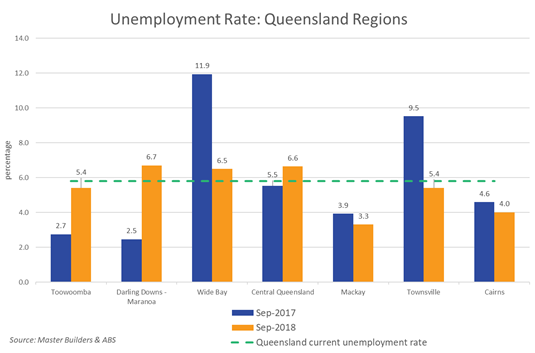