Youth on the yellow Abrik road to success

"It's pretty easy waking up every day knowing you're helping those who need it."

That simple but powerful philosophy has led Master Builders member Ralph McMillan on an inspirational journey that began in Cambodia 20 years ago, and now back home to Brisbane, where his company Abrik is helping give disadvantaged young people jobs, and hope for the future.

Passing through Asia on his way to play rugby in Wales all those years ago, Ralph fell in love with Cambodia, and decided to establish a plumbing business there. With his skills considered rare locally, he won plenty of work with embassies and major hotels.

“Then we were lucky enough to be able to start employing kids who were living off the rubbish tip over there and train them up; we brought in Australian volunteers, sort of retired ex-plumbers to come in and help them,” Ralph said.

“We had quite a lot of staff and that went really well, it was just a joy to be a part of it to be honest.”

After returning to Australia when it came time for his own children to start high school, Ralph successfully ran a business for someone else, but last year found himself wanting to do something more to help disadvantaged kids, this time on home soil.

When it came time to name his new plumbing maintenance business, Ralph decided to go with his uncle’s advice and go with A or B so it would be “at the top of the list” – leading to a title it feels like he was destined for. 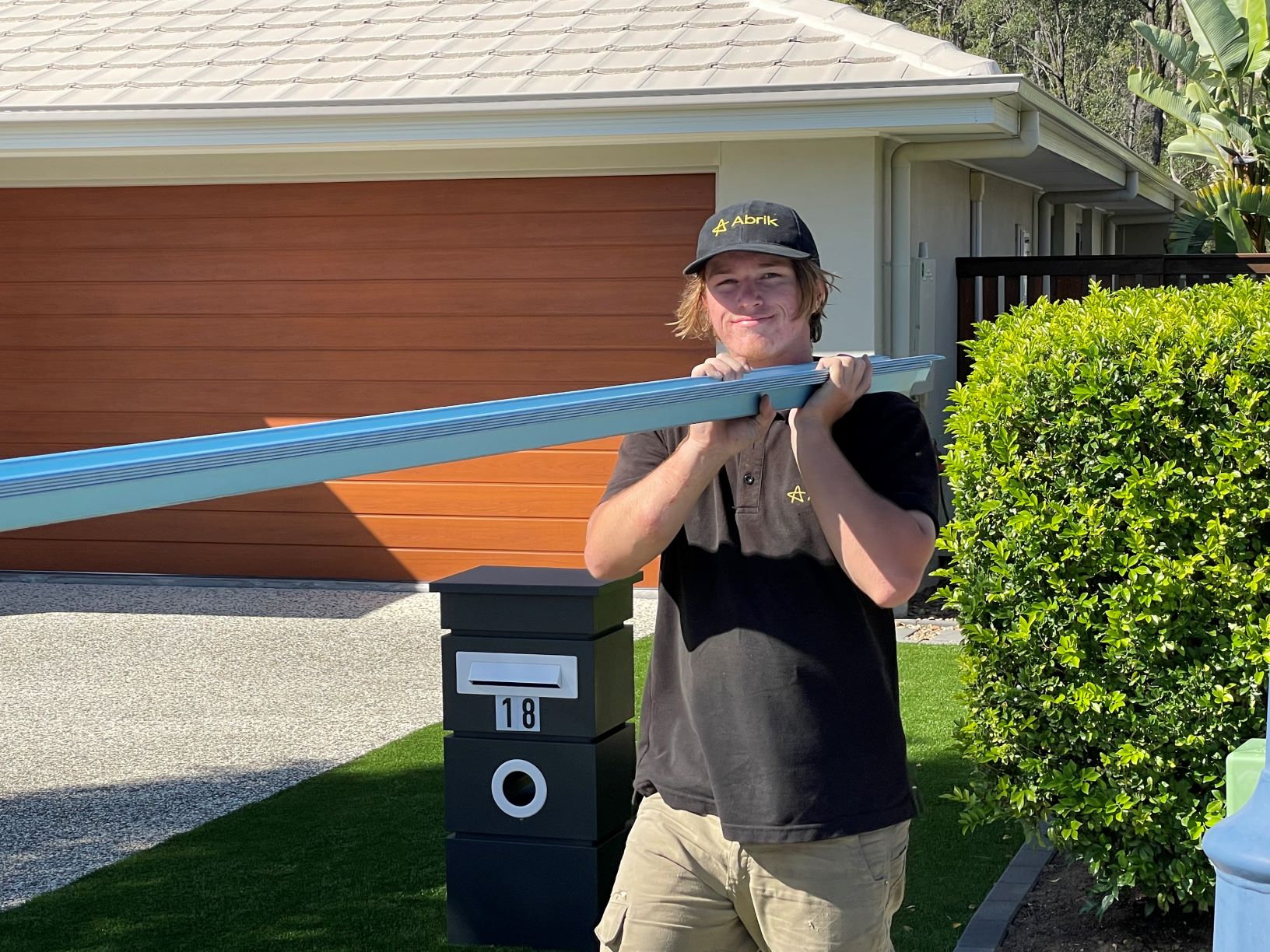 “Abrik stood out – when I Googled it, it actually means ‘The Golden Child’ in Hindu – and just the fact that I was trying to do something with youth, I thought that really related.

“I used the ‘golden’ out of that and I sort of thought about the yellow brick road, and the journey that Dorothy and the bunch of misfits took, and how they sort of found themselves. So, I thought that’s exactly where we needed to go.”

Ralph soon learned about the wonderful work being done by NRL legend Johnathan Thurston through his Academy’s Believe program, and most recently the JTYouthJobs platform, connecting youth with real work opportunities in a streamlined way. According to the ABS, one in three young Aussies were unemployed or underemployed at the end of 2020, prompting Thurston – and Ralph – to take further action.

“I was quite lucky in a way that before JTYouthJobs was set up, I was already working directly with staff at the JT Academy, but now we’re putting on ads through there and looking to take on more people, even just through internships and things like that – we currently have six,” Ralph said.

“Our goal is to have one plumber to one apprentice, and that apprentice will stay with that plumber for at least a six-month period to work through that mentorship side of it, so they can get a bond together and gain that trust and bit of support.

“The whole goal is to get them hands on – these kids really thrive in not just going out to a job and digging a hole, but to actually learn something; and it’s been amazing they’re learning so quickly, it’s just fantastic.” 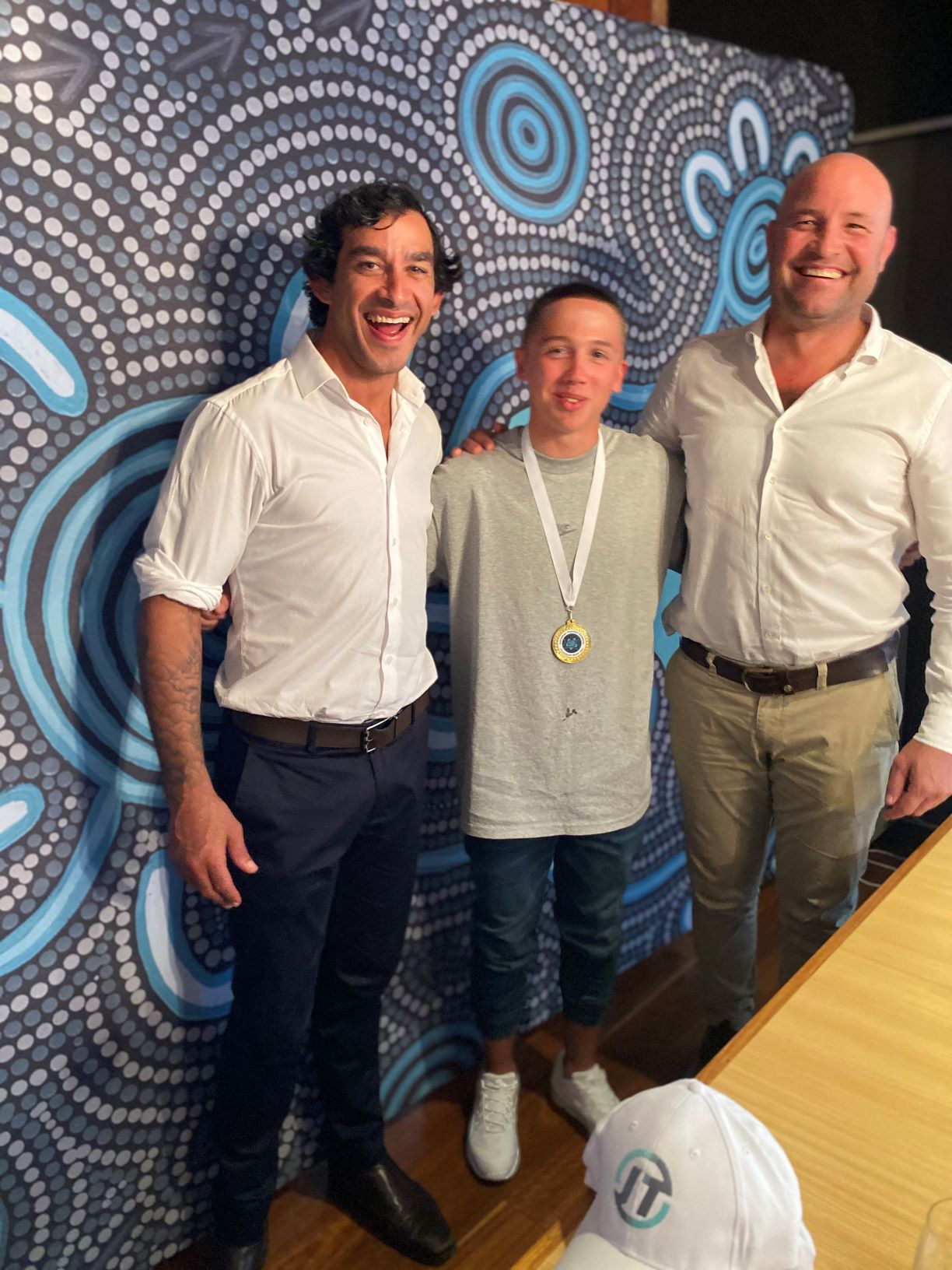 One success story is that of Isaiah, who arrived at Abrik as a shy young man with a tough past.

“When he started with us, we didn’t get a lot from him, but he was always keen, always on time and worked hard. Then he started to get that rapport with Jim our plumber – Jim is fantastic with the boys.

“Jim had been training them – simple things – but to cut the angles in gutters. The first day, Isaiah’s put together his gutters, cut his angle, held it up for Jim to get a picture and he’s just got this great big smile on his face. He’d achieved something – he’d put together something with his own hands, it was pretty impressive.

“We sent it back to the Johnathan Thurston Academy and JT wrote back and was over the moon. These boys, they can see what they’re gaining from being out there and learning. JT also recently presented our younger apprentice Tyrone with a Lion Heart award (pictured,  right) .

“The great thing about it is, that’s translating back to our plumbers, because they can actually see themselves what they’re providing these kids – so my plumbers are the happiest blokes in the world. It’s fantastic to be a part of that, where these guys are working every day, but they’re happy to be at work and supporting these kids.

“Everyone’s got the same mindset – we want to do great jobs, we want to teach them really good skills, but it’s also there’s a lot of life skills that are going to come from this.” 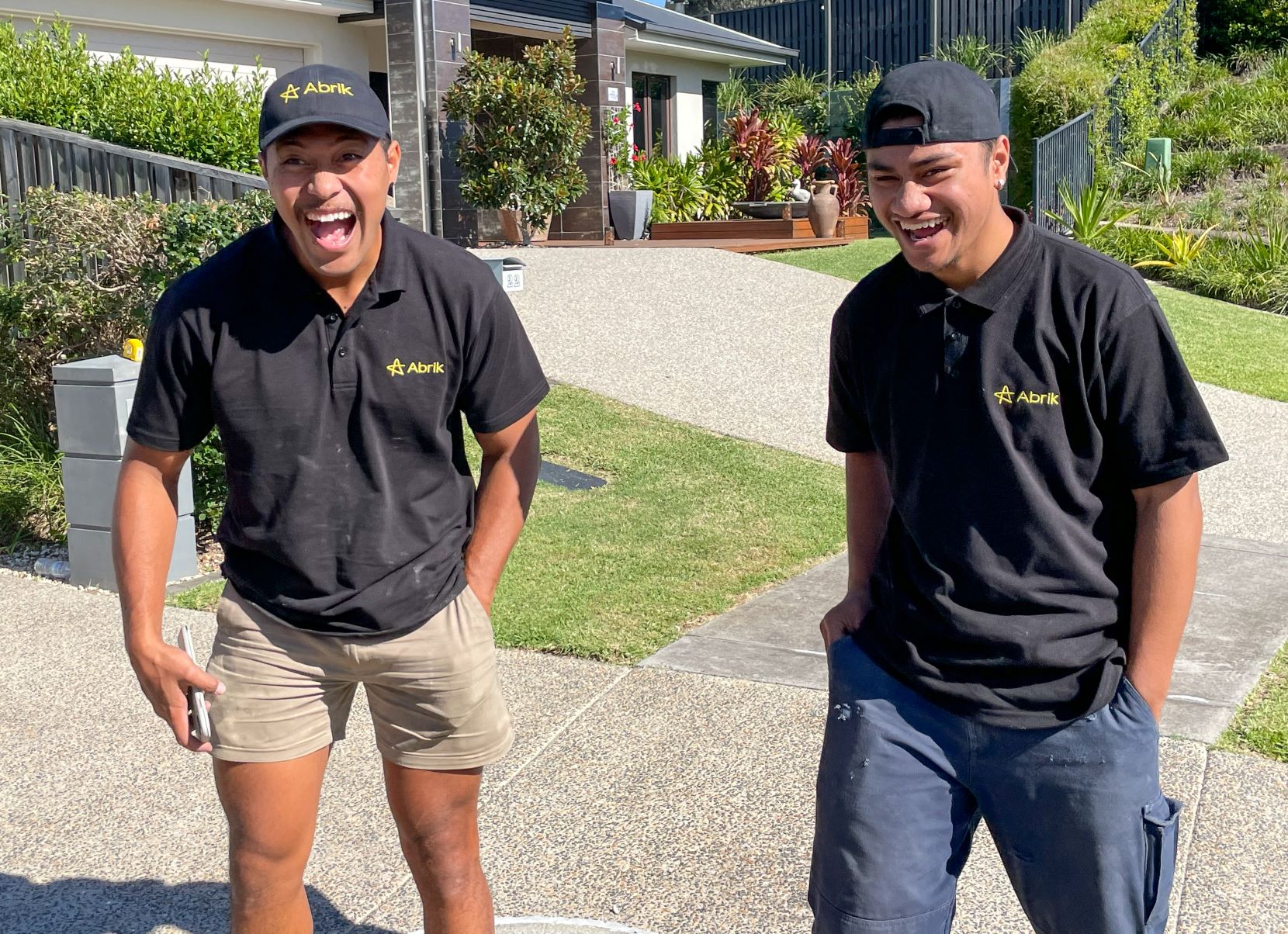 It’s early days, but Ralph is hopeful some of his apprentices will go on to become like the plumbers mentoring them and help other kids in the future, as well as supporting those who start up their own businesses, and expanding out of Brisbane into the regions.

“Hopefully this will be a national business, we’ll have a couple of hundred kids on in the future, and I’ll be a very happy man. Baby steps at the moment – the focus is just to start with a few and really work out what are the potential issues, and what do we need, we’ve got to find our way to support them so that it is successful,” he said.

“It is just a delight to wake up every day…and what we need is more people bringing on more kids and letting them achieve similar things. I think anyone who gives this a go and starts working with disadvantaged kids is going to find it extremely rewarding, much better than the monetary value.”

To find out more about the JTYouthJobs program and how you can get involved, visit jtacademy.com.au